* For Beaumes of Venise:

The 3 golden Taus symbolizing the reunification of the 3 Christian communities of Beaumes: Saint Veran; and Aubune.

Their coat of arms is a castle under which passes a wolf. Only the wolf was used in the final coat of arms due to visual issues.

Golden azure cross, with four flecks of ermine coloured sand. The cross was chosen and associated with the new Beaumes coat of arms.

Firstly, three azure golden bands, the second, golden crawling wolf. Only the wolf was used mirroring the selection from Lafare.

A ring circles the bottle touching either side of the coat of arms representing “The Alliance” between the 4 communities.

The addition of the completed emblazoned bottles was introduced on 27th May, 2015! 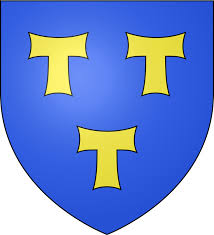 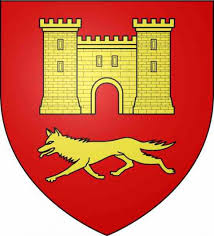 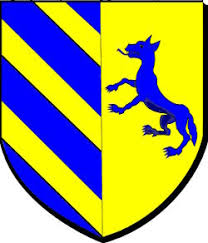